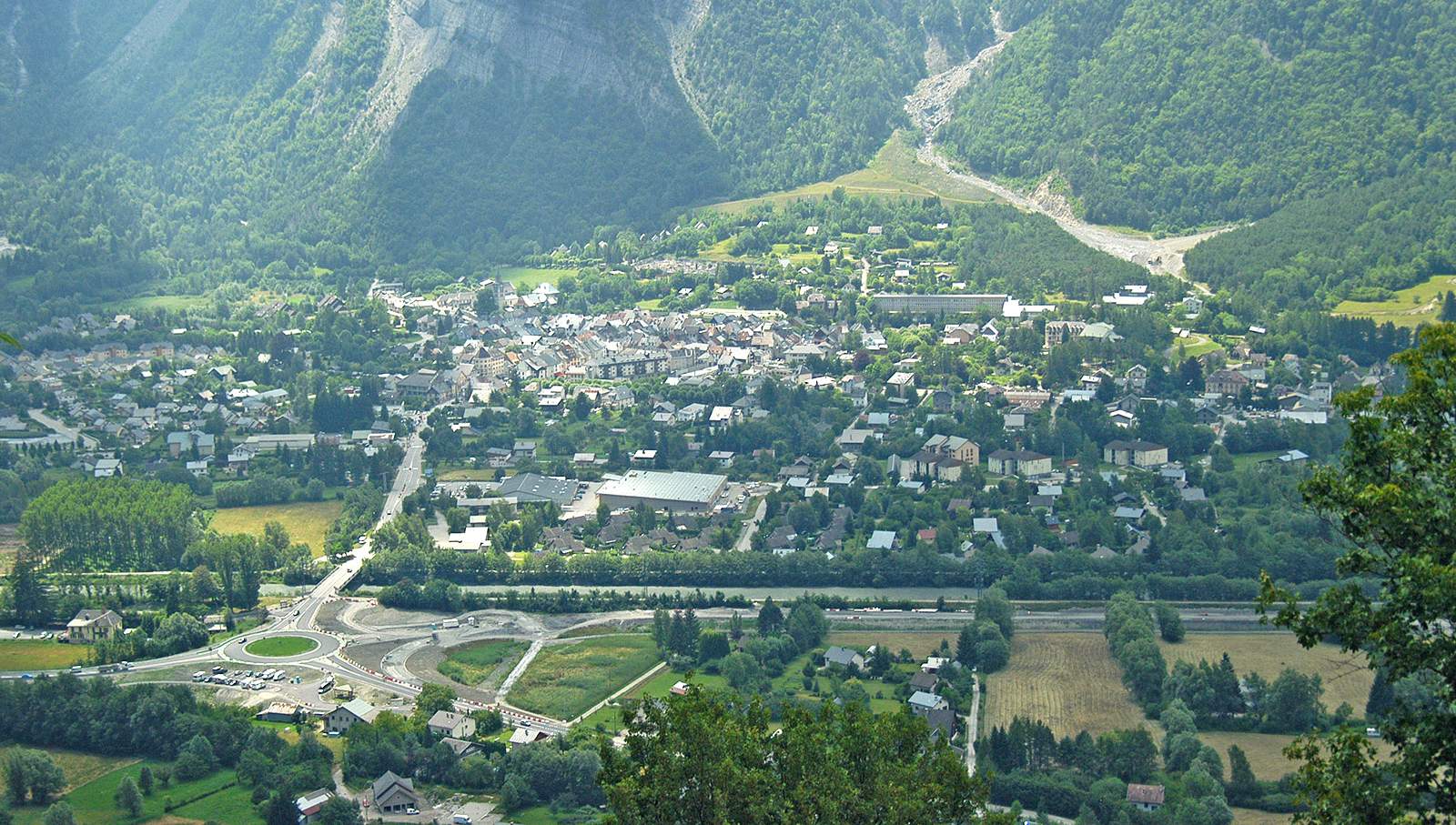 Le Bourg-d'Oisans is a locality whose economy is based mainly on agriculture. This mountain plain is at the same time one of the flagship tourist destinations of Isère. It is all the more attractive in the eyes of summer visitors because it is located near the resorts of Alpe-d'Huez and Les Deux Alpes.

The natural areas of Bourg-d'Oisans

The plain offers an enchanting setting, crossed by a network of canals and hedges. Visitors have the chance to discover in this bocage many rare and endangered species. It is in these environments that live for example the yellow-bellied ringing toad and the alpine newt, two rare and protected amphibians which spend most of their time on small water points. These large spaces also serve as summer quarters for migrating bats. The hawks and other raptors, but also the eagle owl and middle-eagle owl comes to them in the cliffs which overhang the plain.
The flora of Bourg-d'Oisans is not to be outdone. In the Rive stream, for example, there is an aquatic buttercup, a herbaceous plant endemic to the region. Higher in the mountains are several other natural gems, including blue thistles, Martagon lilies and orange lilies.
Le Bourg-d'Oisans is also known for the site of Lauvitel and its lake which extends over 689 hectares (the largest in the massif). This integral reserve - the only one located in a national park - is not accessible to the general public. But you can still enjoy the enchanting setting of the downstream shore of the lake, where you can also observe marmots and chamois.

At the origins of Bourg-d'Oisans

30,000 years ago, an imposing glacier covered the Romanche and Vénéon valleys. Global warming is causing this glacier to gradually retreat. This phenomenon will also result in the gradual disappearance of the former Lake Saint-Laurent. This will be drained in the 19th century to allow farming on particularly rich alluvium.
But even remained swampy and floodable, the plain of Bourg-d'Oisans did not wait for the containment and drainage works to develop. From the 11th century, a priory already existed at the foot of the mountain, in Saint-Lauren-de-Lac, which would later become Bourg-d'Oisans. As a sign of its importance, the site will be protected by a solid rampart. Inside this fortified city stands a majestic castle, a stone's throw from the church.
The economic and cultural life of the town revolves around this castle, with, among other things, the creation of a fair in 1313 and a toll in 1330. The city developed until it became the economic hub of the region. It still plays this central role for the six valleys of the Oisans.