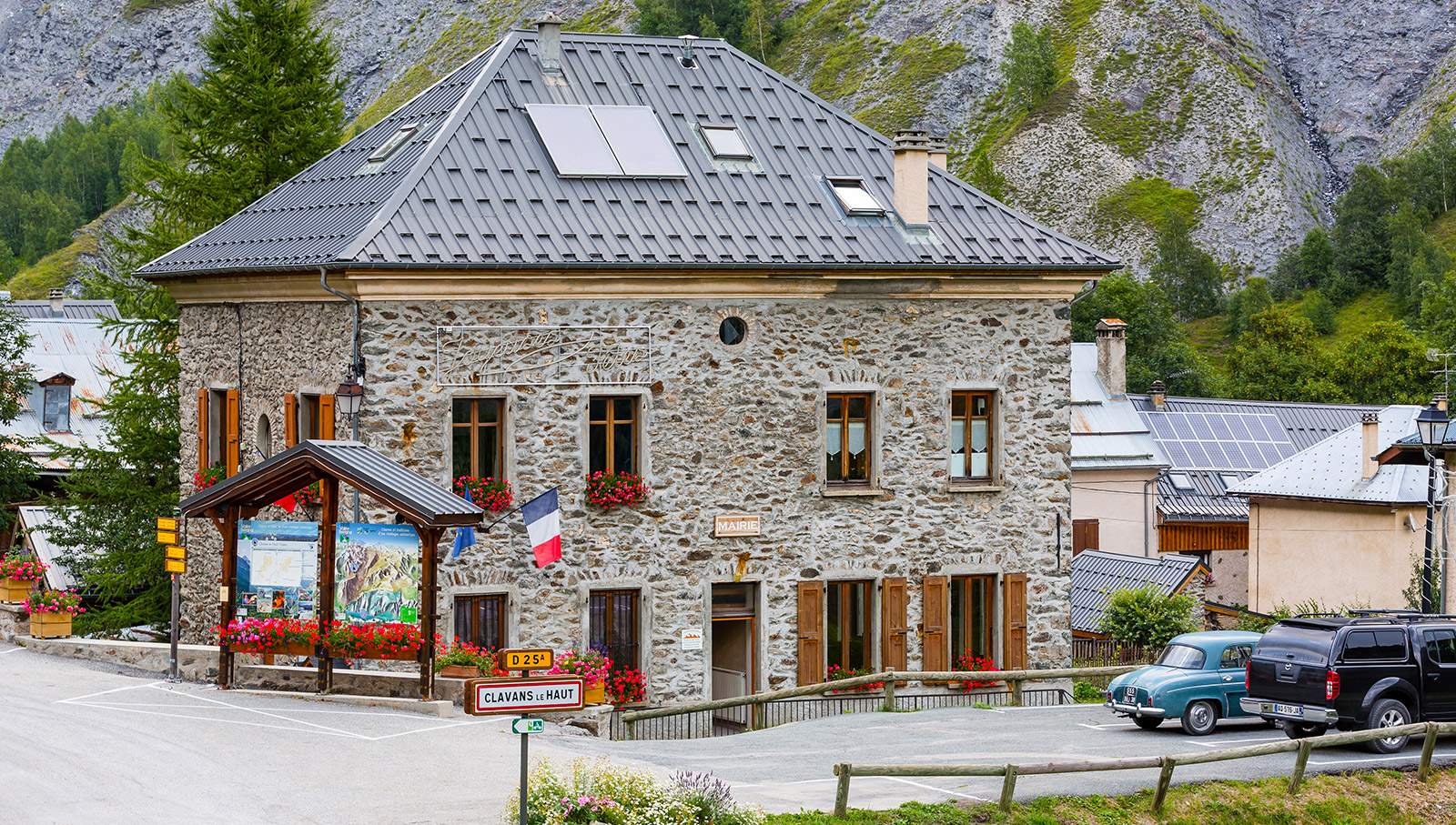 The colourful village of Clavans en Haut Oisans, on the banks of the Ferrand, a mountain stream that takes its source on the glacier of Sarenne, surprises its visitors with its old houses, showing a wealthy past, and the charm of the squares with fountains. Besides the traditional character, this village of the Oisans tells us part of the history of the Alps and the religious wars, as hundreds of protestants tried to run away to the Savoie, during the revocation of the Edict of Nantes.

The village of Clavans-en-Haut-Oisans is located at the foot of the Grandes Rousses massif at an altitude of about 1,400 meters. This small locality has everything to seduce, with its flowery pastures, its typical sheepfolds, its beautiful fountains or its typical church. It consists of two charming hamlets, Clavans-le-Haut and Clavans-le-Bas, located two kilometers apart, between Cassini mountain, Les Grandes Rousses and Ferrand.

The historical and cultural heritage of Clavans-en-Haut-Oisans

Clavans-en-Haut-Oisans was once an important customs village on the old border between Savoy and its high altitude passages. Peddlers walked these paths to sell various goods, including haberdashery, trinkets and alpine plants. These products were sold everywhere in France and even in Russia.
The business of these peddlers could not have been more juicy, as evidenced by the beautiful mansions of the time. Some of these houses served as refuges for Huguenots in the midst of a religious war. The revocation of the Edict of Nantes has indeed pushed hundreds of Protestants to flee to Savoy.
The traditions of that time continue today. They are still tangible in the field of crafts (basketry, manufacture of farouille, production of honey) as in that of the culinary art.

There are various ways to explore the landscapes surrounding the village of Clavans-en-Haut-Oisans. Some visitors do not resist the urge to tackle Sarenne, the longest black track in the world which is characterized in particular by a more technical difficulty and dizzying slopes. This pass is at the same time a wild balcony from which one can contemplate the Meije, a mountain in the Oisans basin located on the northwest edge of the Ecrins massif.
This is where hikers go, especially in summer, to get to the top of Cassini. Among these walkers, some started their hike from Alpe d'Huez or passed through the Ferrand valley. For history, César-François Cassini was entrusted in the 18th century with the mission of mapping the kingdom of France. The geodesist will leave his name to several passes, including the Cassini Cross which he uses for his measurements. Cassini's maps were drawn over two centuries ago, but they are just as accurate as modern IGN maps.
Visitors can in any case take other paths. Some, for example, ski down the Grand Sablat glacier in winter from Pic Blanc, the highest point in Alpe d'Huez. The climb of the Cherry tree or Clos Chevallet are also part of the essential routes, especially for summer hikes.