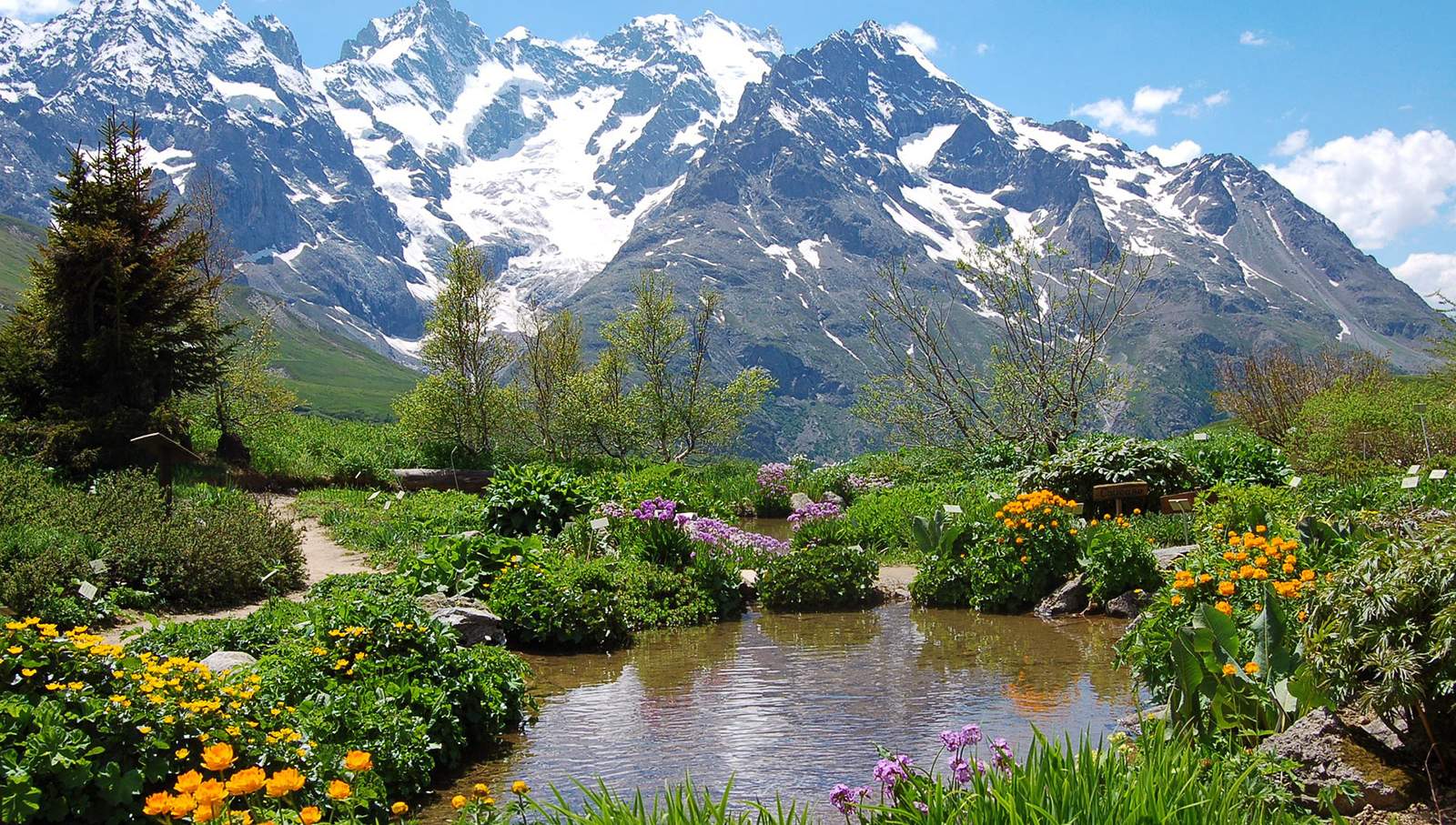 A garden in the mountains

This unique botanical garden is perched at an altitude of 2,100 meters in the Hautes-Alpes. It is characterized by its great floristic diversity, home to some two thousand alpine plants from around the world and a third of the French flora. In addition to the botanical collection, the Lautaret Alpine Garden is also dedicated to research, student training and popularization of science.

The ecological diversity of the Lautaret Alpine Garden

The Lautaret botanical garden is ideally nestled between La Meije and the Ecrins National Park to the north and the Grand Galibier (Cerces massif) to the south. The place owes its reputation to its significant ecological richness. This area is indeed a meeting point between different natural areas, including the Northern Alps, snowy and covered with fog, and the Southern Alps, known for their Mediterranean sunshine. It is there that the Alps undergoing humid oceanic influence meet the Alps internal to the dry continental climate. The Lautaret Alpine Garden also stands out for its geological diversity, with in particular a Galibier massif formed by sedimentary rocks and crystalline Jewel cases.
The rich flora also deserves to be highlighted. In the Hautes-Alpes garden, there are almost 1,500 plant species, which is roughly equivalent to a third of French flora. This significant diversity is explained in particular by the climatic and geological variations of the site, but also by the differences in altitude and slopes from the base of the pass to the surrounding peaks. In other words, the more diverse the landscapes and their configurations, the more the plant species are.

The different roles of the Lautaret Alpine Garden

Popularization of science is one of the main functions of the Lautaret Alpine Garden. On the site, there is also the Galerie de l'Alpe, accommodation designed to accommodate the general public. The Hautes-Alpes botanical garden is also a place of research. The site includes a laboratory chalet intended to accommodate researchers from all over the world. The other major function of Lautaret Garden is student training. The interns and students are in this case accommodated in the Mirande chalet.
You should know that the botanical garden has not always had the same configuration or the same location. In 1919, the Col du Galibier road was built, the route of which passed through the garden. So the garden had to be moved higher, at an altitude of 2,100 meters.