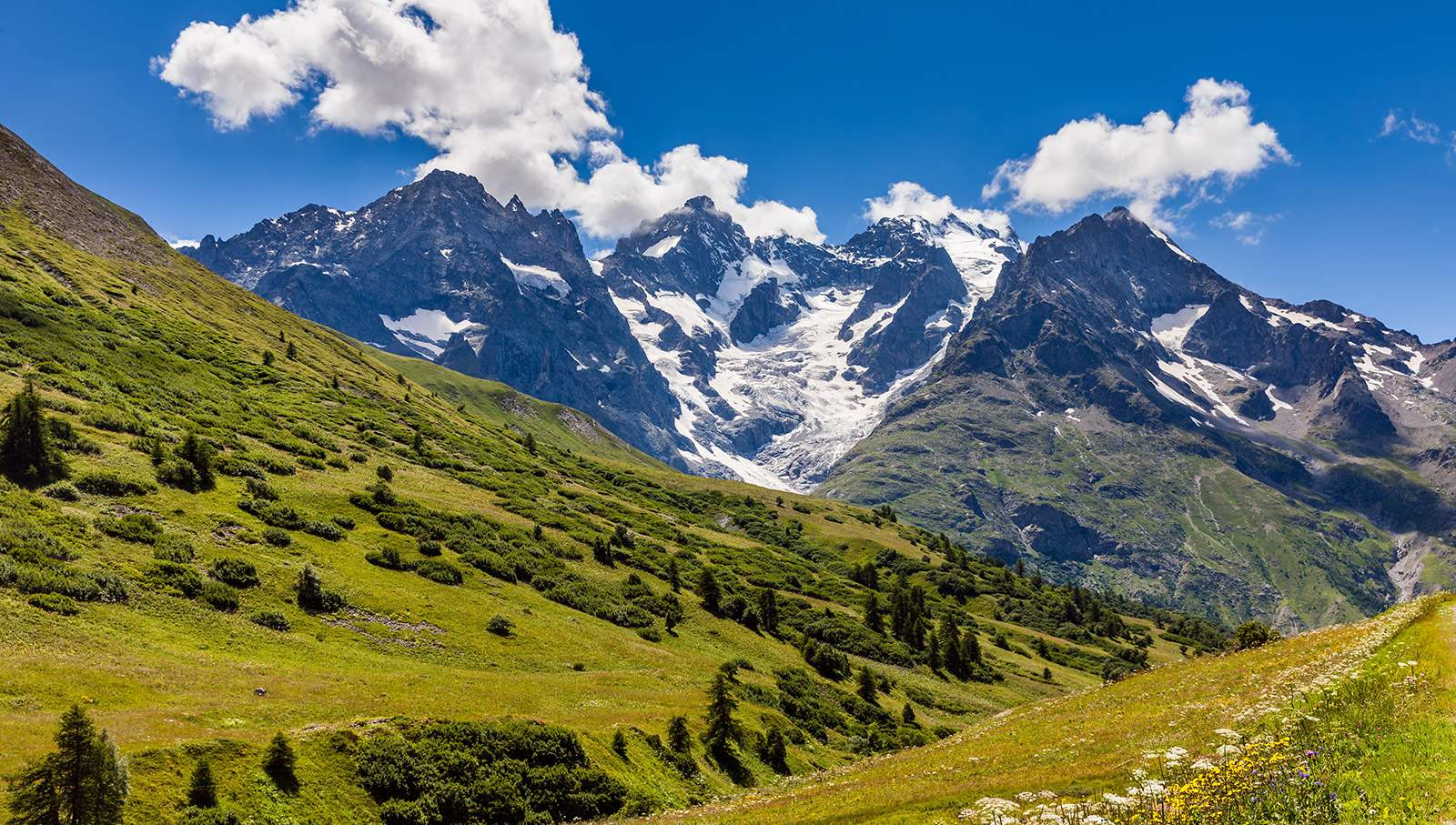 The highest situated park of Europe

This park, founded in 1973, stretches its main part over the massif des Écrins and is the highest situated nature park of Europe. The landscape has been formed by the glaciers that have hollowed deep valleys, scattered with lakes and waterfalls. This park, inhabited by eagles, mountain goats, mountain sheep and some 1800 species of flowers and plants, is a true oasis for hikers. The heart of the park can only be reached by foot.

The unsuspected jewels of the Ecrins national park

Located between the Northern Alps and the Southern Alps, the Massif des Ecrins is one of those high-altitude areas to which one would like to return after a first visit. Covering the Hautes-Alpes and Isère, this high mountain complex includes 150 peaks over 3,000 meters above sea level. In addition, there are glaciers that extend over 10,000 hectares. In the Ecrins National Park, you can easily be captivated by the contrast between the compact and steep nature of the massif and the vast expanses of surrounding alpine pastures.
Glaciers will have shaped the landscapes of the Ecrins massif over time, digging deep into beautiful valleys punctuated by lakes and waterfalls. These are the same stone and ice fortresses that lead to the territories in which human societies adapt and organize. These mountain communities are above all agro-pastoral, even if they are very involved in tourist activity. They too will have shaped the landscapes of the Ecrins National Park in their own way, with humility. What is also striking, in a way, is this human tenacity in the face of the power of the reliefs.

The characteristics of the Ecrins National Park in detail

The heart of the Ecrins National Park covers 93,000 hectares. 49 surrounding municipalities adhere to its conservation charter, bringing its membership area to 159,600 hectares. The charter in question establishes a project to preserve natural, cultural and landscape heritage, but also a sustainable development project for the surrounding territories. It also indicates the means for the implementation of these projects.
The heart of the park includes nearly 750 km of marked and maintained trails. In addition, there are 175 walking and mountain biking routes in the membership area.
Glaciers cover vast elevations spanning 7,120 hectares. The total forest area is 41,422 hectares.
With an altitude of between 700 and 4,102 meters, the park also includes several mountain pastures. These natural areas extend over 104,000 hectares and are grazed in summer by sheep, cattle, goats and horses.
Ecrins National Park also has 2,500 plant species, more than 350 vertebrate species and hundreds of other small animals, including a large number of butterflies.
We can also mention the seven Maisons du parc which, among other roles, “offer [nt] visitors documentary spaces, a shop, a personalized welcome animated by a receptionist, a temporary or permanent exhibition space and a audiovisual and conference space. "